Got electronic oddities? Who takes the blame: Electronics or Third Eyes?

Do you have problems with electronics? Electronic, psychic, anomalies, and weird things…

Hi, folks! Did you enjoy a bit of silence this week? Are any of you on vacation? If so, I hope you are having a blast! Today’s blog entry is a unique yet frustrating event that happens to some people. Especially to those with expanded crown chakras or third eyes. Do you have weird problems with electronics? Even the movies joke about this with psychics messing up with electronics unwillingly… I am pretty sure that some of you who are reading this can familiarize themselves with this situation. Well, let me share, this stuff is not far from the truth (just maybe a little bit exaggerated!)

I want to make this post to invite you guys to comment on your “adventures” with electronics. You know, when it goes beyond a typical electronic malfunction.

If we think scientifically, we must be aware that everything moves in the form of frequencies.

Changing the tune of your radio, you tap into a particular rate. Channeling is also a different type of spectrum that holds information. So it is the last movie you saw! There is a lot of thinking and pondering to do on this, but this is not the purpose of this entry, as I want to keep it fresh and relaxing. It goes along well with August! Frequencies do clash among themselves (called interferences), and boy… this is when the issue I am talking about comes in…

Some of my very own problems with electronics.

Being one of those people who drain watch batteries can be a problem when you like watches!

I want to share some of the craziest with you guys, and I invite you to do the same:

The boy that could not play his brand new Gamegear.

When I was a child, Santa brought me a Game Gear (like a GameBoy), and it worked fine… on everybody’s hands except mines. In mines, half the screen had black interferences lines. We went through three of them (exchanging) until one worked fine on my hands… Let’s not chat about those little old-school monochrome handheld games… they would turn off by themselves, batteries would run dry within a couple of hours, and some ended up breaking for unknown reasons… Well, this only indeed produced apparent child frustration, but nothing else.

As some of you know, smartphones and I are not BFFs. They sicken my mind… but I bet that the ton of cell phones I had to go through, helped too. Funny fact that I was never a big phone user, yet my phones broke faster than heavy users… I always blamed my luck about still getting the funky batteries or the “broken one” out of thousands from an assembly line, But I guess my aura is to blame. It was me and my problems with electronics. Don’t take them to bed!

I “feed” on Triple-A batteries (and batteries in general).

Batteries, in general, are the worst… they last me less than half of normal, and I probably use the device 10% of normal! Even SAIs succumb. Right now (two years after writing this), I have two high-end ones, so far working fine (they only have three months though, they promise ten years). But the more regular ones I had before, two of them, lasted four months. (They are prepared to last for years and thousands of volts of electricity to protect problems with the electronics connected to them.)

Regarding computers, lucky me, I have a significant side that knows how to manage things. Let’s say (not to share a disturbing story) that as a young teenager, I had many nightmares where my Windows XP would suddenly reboot and load Windows 95, or instead of the usual initial screen, something non-sense would happen. While electronics going nonsensical in dreams is normal (nowadays, with so much cell phone use, they are also present in dreams and will malfunction many times). On my end, I even had nightmares or recurring nightmares… (It gives me the creeps recalling rebooting my PC and seeing a tv channel in MS-DOS instead of Windows 95 loading.)

While the “Microsoft’s Gods” shifting my windows version is dream-only stuff… trauma from electronic problems.

However, rebooting my computer (especially in the old days) was always gambling. At that time, I was much more of a geek, so I knew well what was nonsensical, and other geek agreed with me… as my computer was up kept pristine (out of fear, precisely, haha.)

Years ago, I used a piece of hidden video equipment for Mystery Shopping. I had so many problems with the camera that, of course, the whole video got corrupted. Sometimes warning “overcurrent” and shutting down. I bought a new one instead of using the rented one. All my videos had interferences that the companies could not explain. They did not chastise me because I followed all the instructions they gave. Since the video’s quality and the performance at work were good, they were still hiring me. They could use my recorded material, even with some flickerings here and there. I could talk for hours about this and tell a lot of anecdotes. 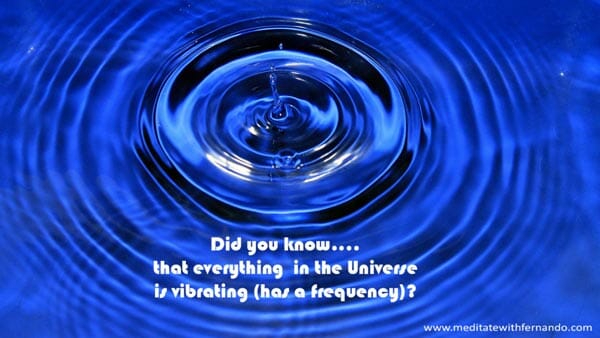 So, it is a burden that I will have to carry my entire life.

So what is all fuzz about?

Basically, what I’m saying is that if you have problems with your phone, with the computer, or many more “unexplained electronic problems,” do not torture yourself! You are not alone; it can be very frustrating, especially when it only happens to your devices. But unfortunately, you can do very little. Energy bubbles connect your root chakra with the Earth. Using hematite crystals can help. But forget that it is a permanent solution. Unless electronics change somehow, yes, you will carry your burden, sorry. Welcome to the club.

Backups saved me from several “heart attacks” and thousands of hours of having to recover or re-do data.

By the way, backups are critical, especially if you have these issues. I recommend you have 2-3 backups of your most important stuff. Mercury retrograde is about to start, so this is an added plus to do your backups. The problems with electronics multiply worldwide during retrograde.

A little bit of help.

If you need to use an electronic device and your energy is giving it problems, you only have to try to “root” yourself in the ground. Ground your root chakra, and connect with the Earth. As if you were growing roots and getting into the ground. Do as much as you can. Focus your aura to be inside your physical body as much as you can. Imagine a white light bubble that blocks all the energy exchange (even a positive one). Ask your guides to keep their energy sealed. Thanks to this, I could make those videos of which I spoke before. I could do the work. Otherwise, I would have to cut the losses.

And to finish, if you have even the strangest problem with electronics and you are attracted to Mystery Shopping, I recommend you do not do video work. You will have to place the camera where the heart Chakra is and maintain the previous visualization regularly. Electronic problems due to much energy!

However, it is very draining.

Do you want to check more exciting stuff? Head to the resources section to discover more!

So, how many of you have problems with electronics? You can comment if you had/have any, it will be fun (if not, it will ease your sharing!). I’ll love reading it! Since having a healthy root chakra helps a little to prevent these problems with electronics, let’s talk about it. But all this in a week! I am pretty sure you are going to enjoy the read! See you next Wednesday!

← Prev: Love silence? Read this extra soothing entry and quickly add it to your life! Next: All about the Root Chakra - The importance of being grounded. → 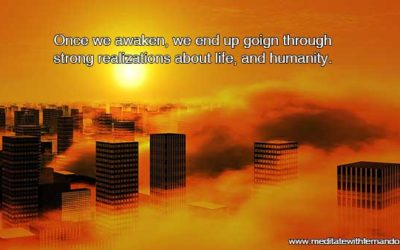 We have strong realizations about life once we start awakening.

Realizations we have about our existence once we are awakened.